Sign Up to ASK ABOUT THAILAND. After joining our community you will be able to ask questions, answer other people’s questions, chat with members, earn points and badges and much more.

Login to ASK ABOUT THAILAND. After logging in you will be able to ask questions, answer other people’s questions, chat with members, earn points and badges and much more.

Lost your password? Please enter your email address. You will receive a link and will create a new password via email.

You must login to ask question.

Close
Ask a Question
Home/ Books about Thailand/POK POK The Drinking Food of Thailand: A Cookbook 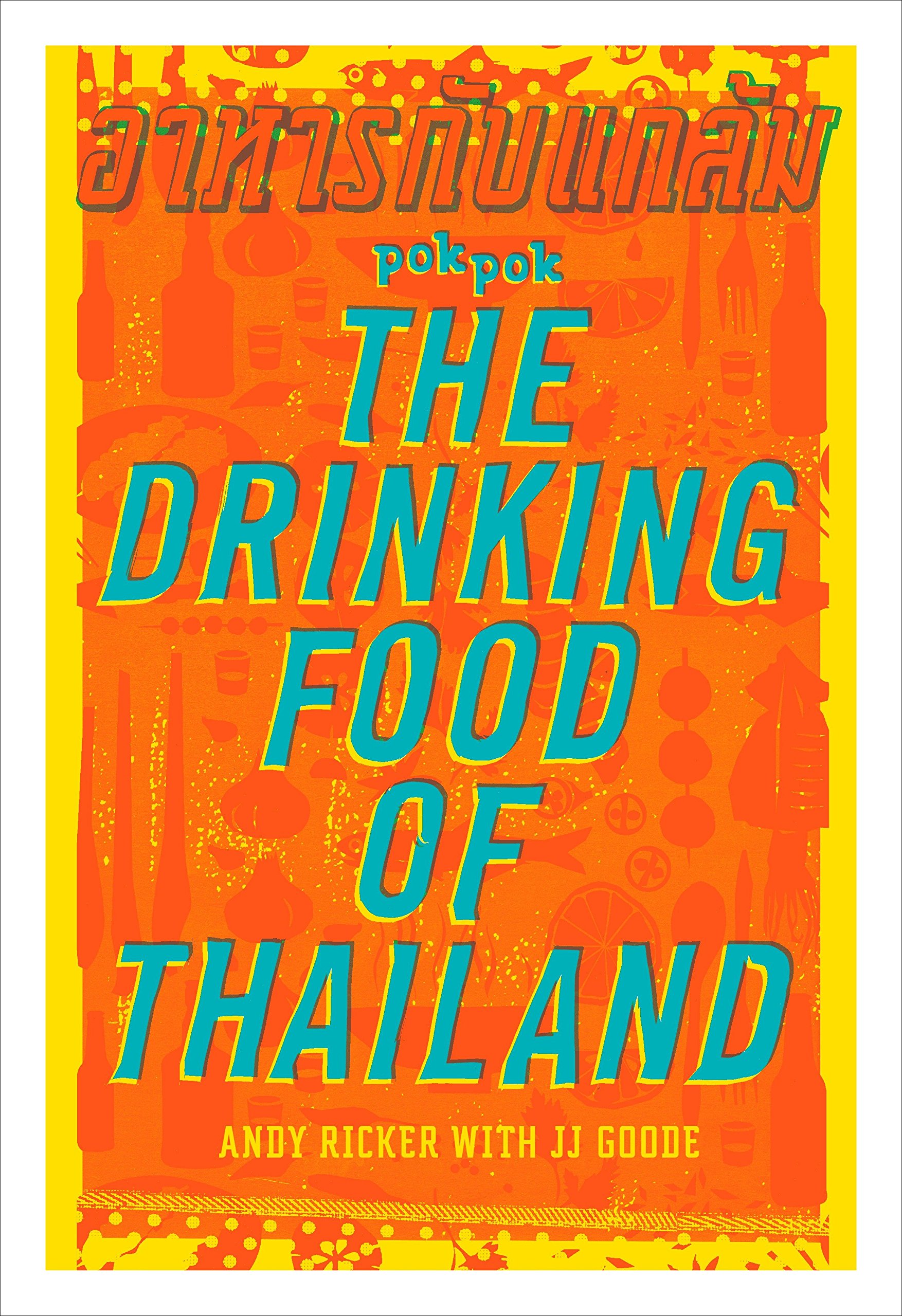 A cookbook featuring 50 recipes for Thai drinking food–an entire subset of Thai cooking that is largely unknown in the United States yet boasts some of most craveable dishes in the Thai canon, inspired by Andy Ricker’s decades in Thailand and his beloved restaurant, Whiskey Soda Lounge.

A celebration of the thrill and spirit of Thai drinking food, Andy Ricker’s follow-up to Pok Pok brings the same level of authority, with a more laid-back approach. Just as America has salted peanuts, wings, and nachos, Thailand has its own roster of craveable snacks: spicy, salty, and sour, they are perfect accompaniments for a few drinks and the company of good friends. Here, Ricker shares accessible and detailed recipes for his favorites: phat khii mao, a fiery dish known as “Drunkard’s stir-fry; kai thawt, Thai-style fried chicken; and thua thawt samun phrai, an addictive combination of fried peanuts with makrut lime leaf, garlic, and chiles. Featuring stories and insights from the Thai cooks who taught Ricker along the way, this book is as fun to read as it is to cook from, and will become a modern classic for any lover of Thai cuisine.

“An outstanding, authoritative, and integral work – the result of yeas of drinking and eating and drinking more in a country that Ricker has made his second home. Essential.”–ANTHONY BOURDAIN

“Andy and JJ have done it again! This is a book you will love to cook from and a superb deep dive into an overlooked part of Thai culture. From my personal experience, this is how much of the eating is done in villages and towns around Thailand: unadorned and without the fanciful whimsy of the hotels, restaurants, and even the street foods of the big cities. The recipes in this book from Isaan—an underrepresented corner of this amazing country—are particularly thrilling to see. The lads have beautifully art directed the book as well: raw, naked flash photos for a raw and naked aspect of the local food scene. The ‘it is what it is, take it or leave it’ attitude of the bars and small eateries is so perfectly captured in the imagery that I think this could be the first post punk-Thai cookbook that I’ve ever seen.” –ANDREW ZIMMERN

“A punk rock version of what Ricker serves at his popular Whiskey Soda Lounge. This is meant to be bar food, but there’s more to it than spicy fried peanuts: stir fries, curries, fried chicken, and the bold flavors Pok Pok is known for jump off each page. Even novice cooks will be drawn into this colorful, flavorful world.” –EATER

“Go on a booze-fueled adventure through the pages of Ricker’s latest book, which brings you anecdotes and recipes inspired by his Portland, Oregon, restaurant, Whiskey Soda Lounge. Warning: The Thai-style fried chicken and kaffir lime-tinged fried peanuts will ruin you from the anybar’s bowl of mixed nuts for life.” –TASTING TABLE

“This is the follow-up to Ricker’s first Pok Pok cookbook, a terrific book that chronicled the food of his Portland, Ore.-based Thai restaurants. Consider this the late night companion, a cookbook devoted to the bar food and booze-friendly snacks that Ricker fell in love with over decades of trips to northern Thailand. Thus, there are recipes for all the spicy, salty, sour things that accompany the bottles of lao khao, or rice whiskey, beer and other tipples, as well as asides on the making of many of those drinks. The book, it must be said, is also fun for those who don’t drink, as it includes recipes for some seriously heady stuff: aep samoeng muu (pig’s brains grilled in banana leaf), som tam thawt (fried papaya salad),tom leuat muu (pork soup with blood and offal) and sii khrong muu tai naam (pork ribs cooked underwater), just to name a few. Ricker’s prose, written with Goode, is chatty and engaging, and the photos, by Austin Bush, will pretty quickly get you looking up flights to Chiang Mai.” –LOS ANGELES TIMES

“Ricker, the Portland-based chef who approaches Thai food with something approaching religious devotion, showcases an eye-opening assortment of recipes that are the perfect excuse to have a bunch of friends over for drinks, from crispy red-skinned peanuts stir-fried with lime leaf, garlic, and chiles to kai thawt (dry-fried Thai-spiced chicken wings).” –EPICURIOUS

“The Drinking Food of Thailand isn’t just for Andy Ricker fans, it’s also for anyone who wants to master Thai food culture and its cooking techniques. Andy approaches the cuisine with curiosity, respect, and humility (plus a sense of humor). He paints the scene so it feels like you’re there. Many recipes are doable from ingredients within reach. Pour yourself a beer and start your adventure.” –Andrea Nguyen, author of Into the Vietnamese Kitchen and The Pho Cookbook

“Andy and JJ have done it again! This is a book you will love to cook from and a superb deep dive into an overlooked part of Thai culture. Beautifully art directed with naked flash photos that captures the ‘it is what it is, take it or leave it’ attitude of the bars and small eateries, it could be the first post-punk Thai cookbook.” –Andrew Zimmern, host of Bizarre Foods

“For the past twenty-some years, Andy Ricker has traveled around Thailand sampling the food. (Great work if you can get it.) At least I get to be a customer at Pok Pok and Whiskey Soda Lounge, where he puts his arcane knowledge to stellar use. Now comes this book, a savory pictorial record of his journeys–part cookbook, part travel diary, and part lifestyle advisory, it captures the lives of the people, and the culture the food comes from. It leaves me yearning to take the same trips to the same markets and eat the same incredible food.” –Peter Buck, R.E.M.

“What stands out about Andy’s interpretation of Thai food and the photos in this book is the rawness. There is very little adulterated between the land, the people, and The Drinking Food of Thailand. Andy is not only serving the diner but also the culture.” –Eddie Huang, author of Fresh Off the Boat and Double Cup Love

“This book takes me back to Chiang Mai and happy times spent with Andy. The food is good and fiery up there, the nights are warm, and the hooch is strong. The people of Northern Thailand are partial to a tipple and have devised a whole range of dishes to cater to these nightly pleasures. They are the source of this book, and as I read through recipes for green chile dip, pork crackling, dancing shrimp, and fried sour pork ribs, I am reminded of those sweet and savory times.” –David Thompson, author of Thai Food and Thai Street Food 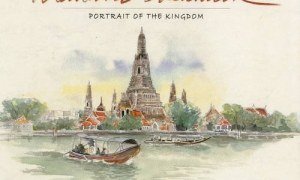 Thailand Sketchbook: Portrait of A Kingdom 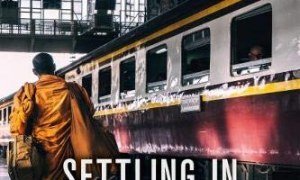 Settling in Thailand: An Expat Guide

Do NOT follow this link or you will be banned from the site!